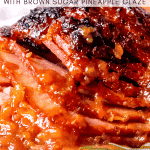 The best beer-braised pressure cooker ham glazed with pineapple and brown sugar! Recipe includes your ham pressure cooker times and instructions for slow cooker ham as well, so read on! If you love this Instant Pot spiral ham and you're looking for more incredible holiday recipes, check out my Brown Butter Sweet Potato Pie, my Pecan Pie Tart, or my Christmas Charcuterie Board!

This is the holiday ham my family has every year for Christmas. It's my grandmother's recipe on my mom's side, and my mom has been making it for years. The past few years, we've tried it in the Instant Pot and it was SO much easier! We haven't looked back. In the pressure cooker, ham is done in just minutes and comes out even more flavorful and delicious!

Here's our family secret to this pressure cooker ham recipe: beer! My grandmother used to braise ham in beer when my mom was young, and my mom always makes it that way too. I like to use Christmas Ale from Great Lakes Brewing Company because it has a rich flavor with hints of Christmasy spices and honey. Plus, it reminds me of being back home in Cleveland, and of Christmastime -- two feelings that can't be replaced.

If you can't find Christmas Ale in your area, just use any beer you like! The idea is to infuse your pressure cooker ham with the beer flavor, adding a complexity to the braising liquid and complementing the sweet and savory flavors we're also adding in.

Ham Pressure Cooker Times - How long do you cook a cooked ham?

Most spiral cut holiday ham is precooked so it won't need much time to heat through. But how long do you cook in a pressure cooker? Well, you'll need to cook this ham for 8 minutes, with a natural release. That time works best for a 4-5 pound, boneless, spiral sliced ham. If you have a smaller ham, you can use the quick release method on your pressure cooker, but I usually just let the pressure release naturally even with a smaller-sized ham.

Cooking for 8 minutes allows the ham to heat through, while also providing time for the flavors in the braising liquid to penetrate the meat. And using a pressure cooker for your ham keeps it moist and flavorful and perfect for your holiday meal!

You'll definitely need a 6-quart pressure cooker, or bigger depending on the size of your ham. You'll also want to grab something to broil your ham for that caramelized crust, either a broiler-safe baking dish or roasting pan. You could even use a cast-iron skillet for the broiler step. Here are a few more recommendations for this pressure cooker ham:

This ham is so easy to make! Here's what you need to do to achieve the best Instant Pot spiral ham!

This ham is so easy to make and SO good, but here are a few tips to make it even better! 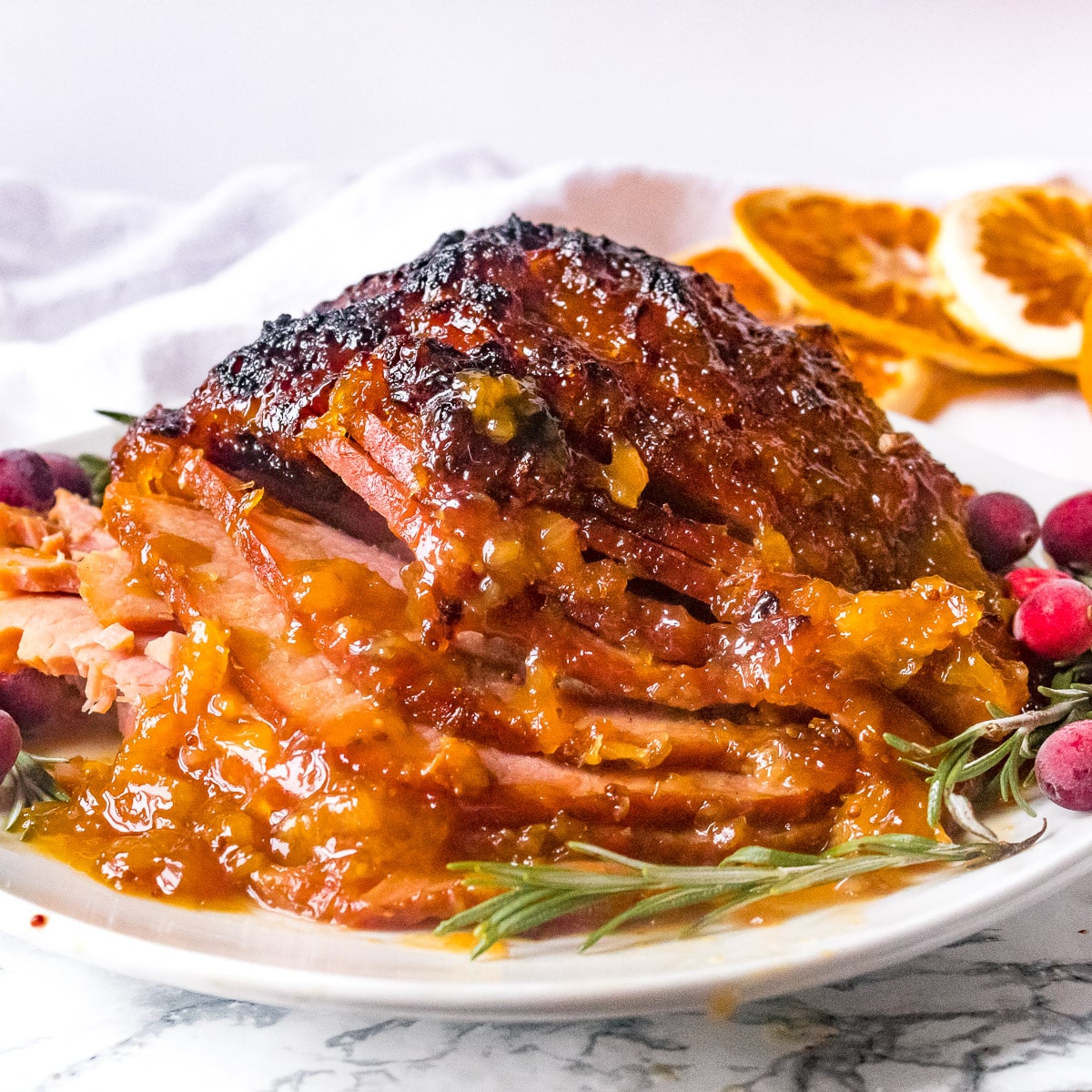 Slow Cooker Ham: Pour pineapple/beer mixture over ham and cook ham on low in the slow cooker for 3-4 hours. Thicken and reduce your glaze on the stovetop in a medium saucepan, rather than in the Instant Pot. Then, just transfer your cooked ham to a baking dish, pour thickened glaze over ham, and broil as normal.