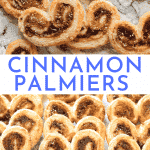 Sweet and crunchy cinnamon palmiers are the easiest cookie to make! This palmier recipe requires just 4 ingredients, and these spiced sweet palmiers are irresistible! And if you like these cinnamon sugar palmiers, try my Coconut Palmiers, my Pie Crust Cinnamon Twists, and my Pecan Pastry Braid!

I love making palmiers! They're an incredibly easy cookie that only requires a few ingredients, and that crisp, flaky texture is to die for! And these cinnamon palmiers are a delicious twist! They're the classic puff pastry palmiers recipe, with an added touch of brown sugar and spice. So quick and easy, and so perfect for a simple holiday treat!

What is the meaning of palmiers?

Palmiers cookies are a light puff pastry cookie made by rolling puff pastry with sugar or other fillings. The name palmier is shortened from the French feuille de palmier, or "palm tree leaf." The traditional palmier recipe can be as simple as puff pastry and sugar, and there can be savory palmiers in addition to sweet palmiers like this cinnamon sugar palmiers recipe.

What country are palmiers from?

Palmiers originated in Algeria in the early 20th century. They're enjoyed all over the world under different names: Schweineohren (pig's ears) in Germany, orejas (ears) in Latin America, ulleres (eyeglasses) in Catalonia, and butterfly pastries in China. They're typically made simply, with pastry and sugar, but in many variations can contain other ingredients or be topped with honey or chocolate.

In my experience, there's a reason why palmiers are so popular all over the world. They're easy to make and so tasty -- what's not to love? And to me, this cinnamon palmiers variation is a perfect spin on the classic.

Here's what you'll need for these cinnamon palmiers:

This recipe is SO easy -- you won't need a mixer, a mixing bowl, even a spoon! All you'll need is a rolling pan and a prepared baking sheet and you're ready to go!

The easy way to remember how to pronounce palmier is to palm-ee-YAY. Here's a quick YouTube video on the pronunciation of palmier!

How should I line my baking sheet? 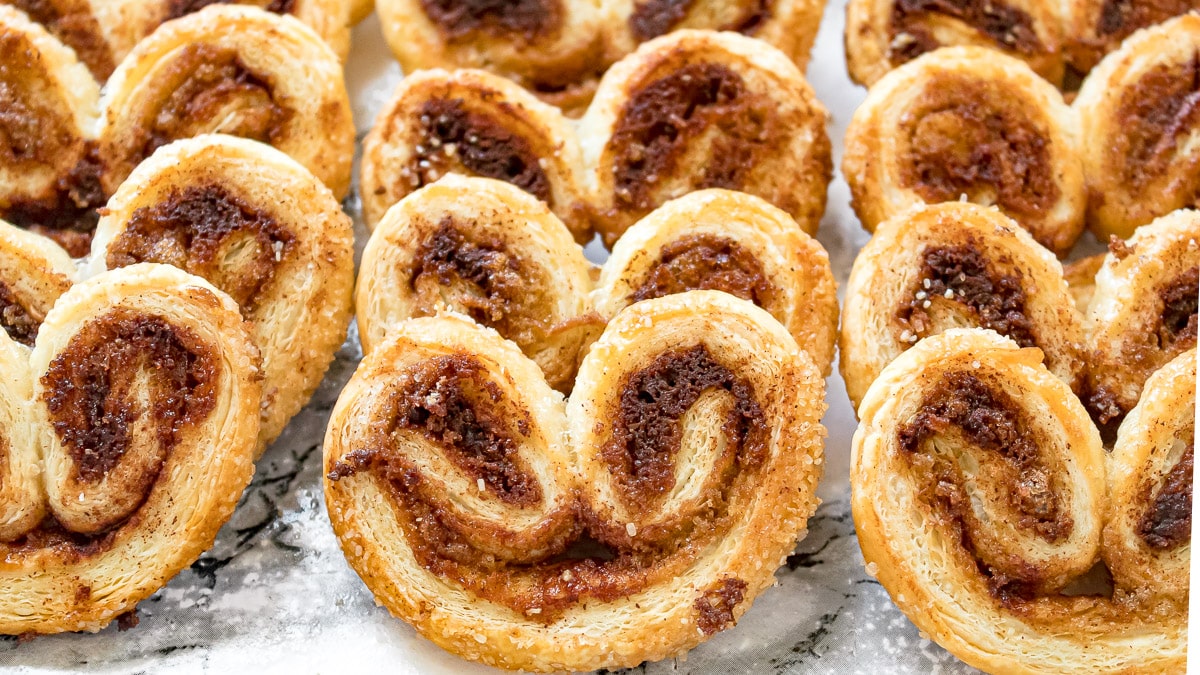 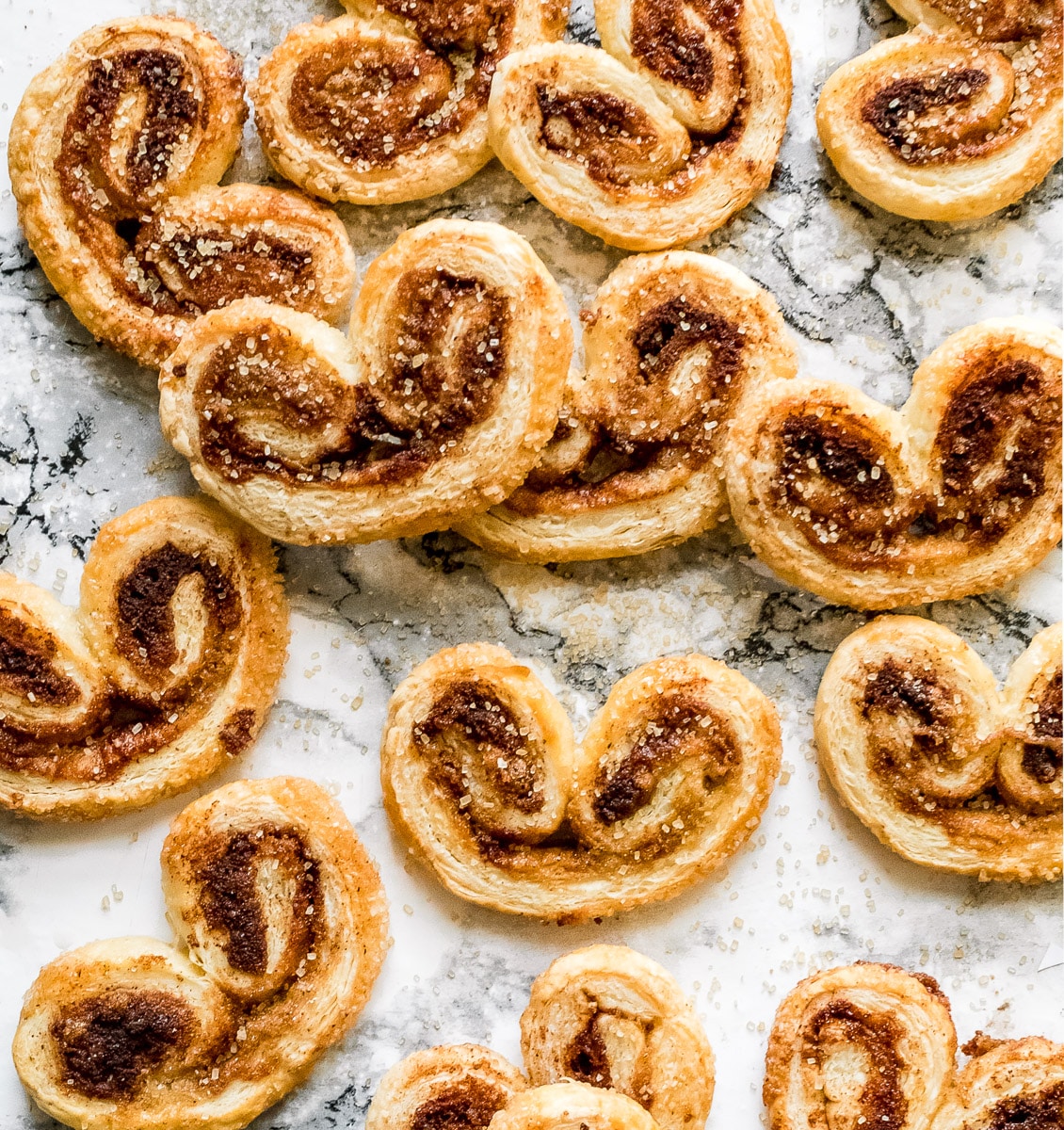 Storage: These cinnamon palmiers can be refrigerated or frozen, once cooled, in an airtight container.  You may have to crisp them in the oven at 325 degrees for about 5-10 minutes after thawing.