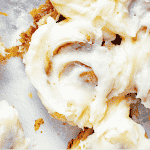 Back at it again with another puff pastry recipe! You may ask, "why more puff pastry?" And I'm asking, "Why not?" Puff pastry is everything. It's easy to work with, easy to find in the store, incredibly versatile, and SO delicious. Case in point: these cinnamon puff pastry rolls are the perfect solution to your cinnamon roll craving, and they're ready in 30 minutes!

What pastry are cinnamon rolls made from?

The best part: right when you take these puff pastry cinnamon rolls out of the oven, you'll spread them with a delicious cream cheese frosting that melts into the pastry and makes them so soft, rich and gooey! I'm telling you, these puff pastry cinnamon swirls are heavenly. They're perfect for weekend brunch with the family, an easy dessert for guests, or just to satisfy your cinnamon roll craving!

You can save time and avoid heating up your whole oven by making these puff pastry rolls in the air fryer! Just place the prepared rolls in your fryer basket with about an inch of space between each one, and air fry at 370°F for 10 - 15 minutes, checking after 10 minutes and adjusting time as needed. Keep in mind that air fryers can vary, so you may need to cook your cinnamon rolls for a shorter or longer time in your particular air fryer model.

And for that luscious cream cheese frosting, you'll need:

How do I soften my butter and cream cheese to room temperature quickly? 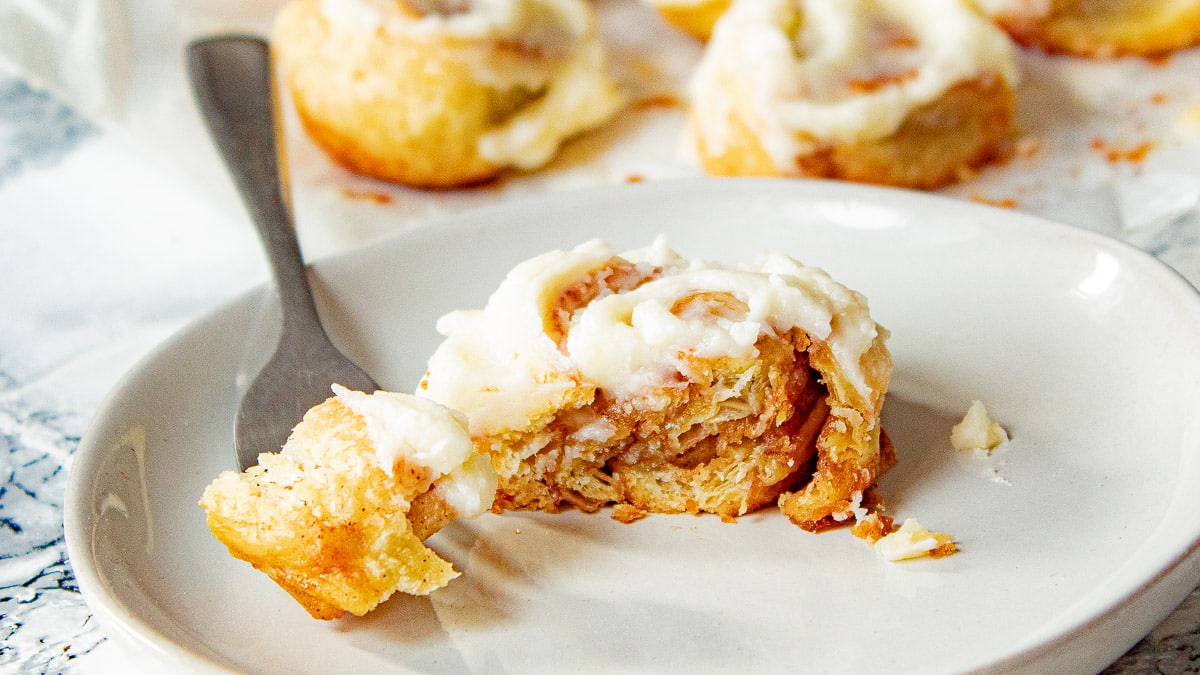 Can you roll out puff pastry dough?

That's what we're doing with these cinnamon puff pastry rolls! Puff pastry dough is so versatile -- you can do so much with it! Check out some of my favorite puff pastry recipes!

Why are my cinnamon rolls not fluffy?

Because we're making these cinnamon rolls with puff pastry, it's important to bake them at a high heat for the maximum puff. That's why we're baking these at 400 degrees! If you find that your puff pastry cinnamon swirls don't have the light, flaky, puffed-up texture you want, double check your oven temperature with an oven thermometer to make sure it's not running a bit cold.

Should I roll out puff pastry?

Can I make these cinnamon puff pastry rolls ahead of time?

They're so quick to prep, but if you're on a tight schedule, you can roll the cinnamon puff pastry dough up, without cutting it into pieces, the night before. Just keep it in the fridge in an airtight container and cut into 9 rolls when you're ready to bake!

How do I store these puff pastry cinnamon swirls?

The texture of the puff pastry works best the day of, but you can store them in the fridge in an airtight container for up to three days. You can pop them in the microwave for a few seconds to warm and soften them before serving.

What can be made from puff pastry?

Some of my favorite puff pastry recipes are these Coconut Palmiers, my Brie and Cranberry Tart, and my Peach Turnovers with Smoked Sugar! 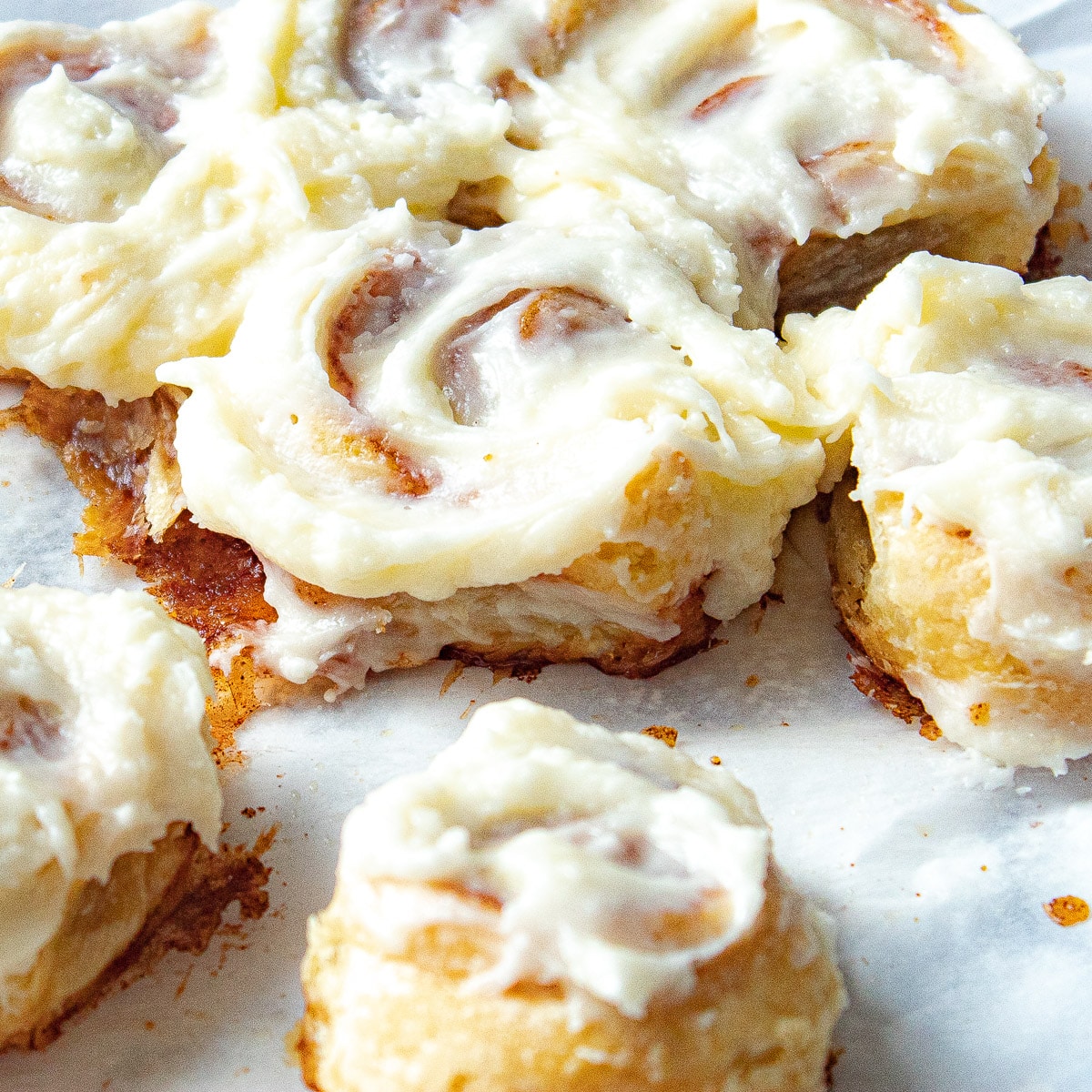 Butter: If you prefer to use unsalted butter, just add a pinch or two of salt to the cinnamon-sugar mixture. Similarly, you can use unsalted butter in the frosting and just add a pinch of salt to taste. Storage: These cinnamon puff pastry rolls are best served immediately, but they can also be kept in an airtight container in the fridge for up to 3 days. Puff Pastry Cinnamon Rolls - Air Fryer Option: You can make these puff pastry rolls in the air fryer -- just place the prepared rolls in your fryer basket with about an inch of space between each one, and air fry at 370°F for 10 - 15 minutes, checking after 10 minutes and adjusting time as needed.