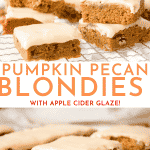 You guys know I love a white chocolate blondies recipe! And these pumpkin blondies are my new faves! They've got all the festive fall flavors you love, plus fudgy white chocolate, rich brown sugar, and toasted pecans. All in an easy dessert bar package, and draped in a delicious apple cider icing! They're so perfect for your fall celebrations or just an anytime treat!

This pumpkin white chocolate blondies recipe is based on my Brown Butter Banana Blondies recipe, with the addition of toasted chopped pecans. Here's what you'll need to make these pumpkin blondies:

But that's not all! These pumpkin blondies are covered in an irresistible apple cider glaze! Here's what you'll need:

This is a straightforward pumpkin blondies recipe that doesn't require an electric mixer! But there are a few tools that you'll need, including a small saucepan to reduce your apple cider, a sauté pan to toast your pecans, and a 9x9 baking pan to bake your blondies!

You should also check out my Pumpkin Bread with Maple Brown Butter Glaze for another perfect fall treat! The combination of pumpkin, maple, and brown butter is irresistible! 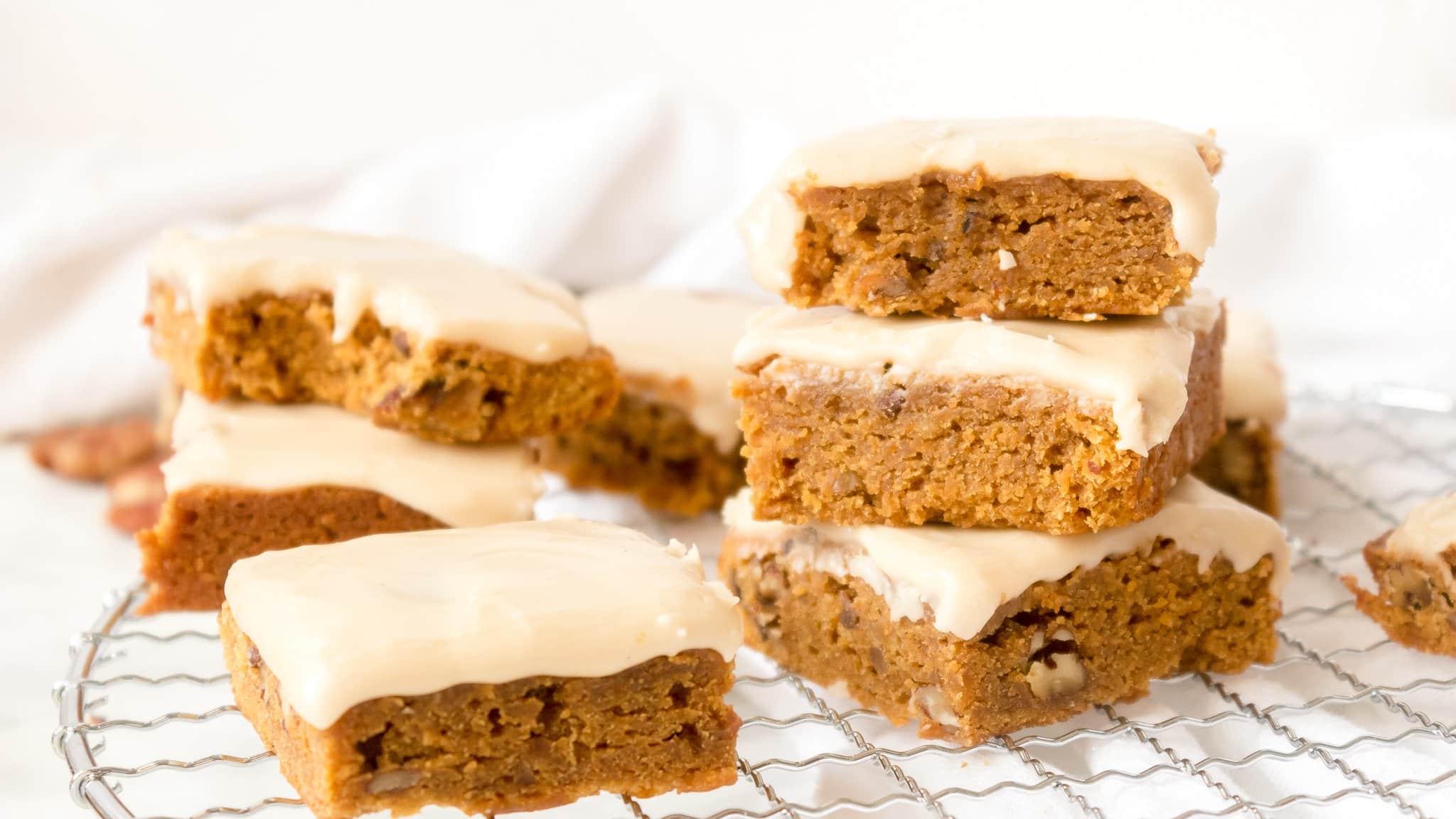